It’s been a few days since returning from my ALM Rangers sabbatical in Seattle and the nausea of jetlag has finally waned. All in all it was a successful and healthy week.

The trip over the Atlantic, Canada and into Seattle was fairly uneventful, though it took two landing attempts to touch down in Calgary, and I managed to make my connection with around 5 minutes to spare. Changing from a Boeing 777-300 to a Bombardier CRJ100 was a little unnerving.

This was my first trip to the West Coast in the summer time and the campus certainly looked a lot different to the snow that met me in February! 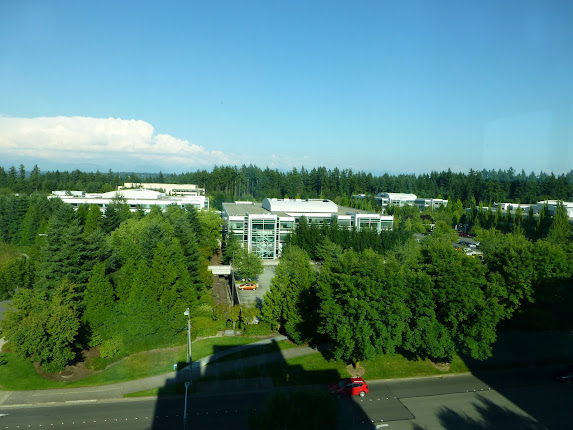 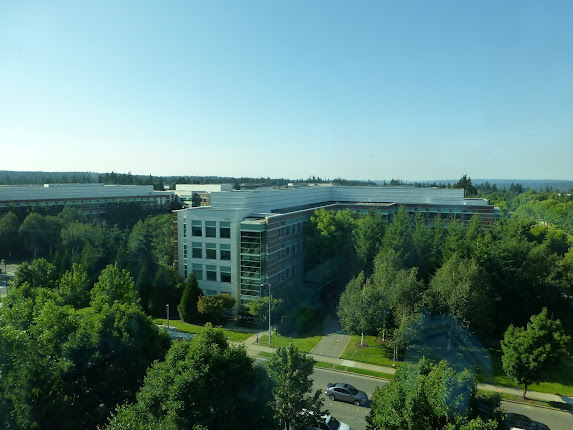 Some views from B41 above and some scenery along the short walk to the office. 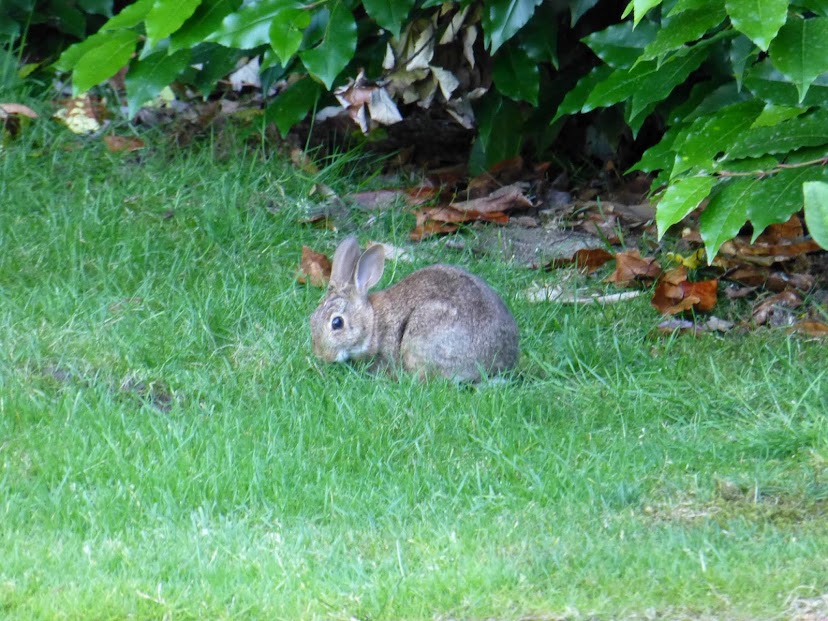 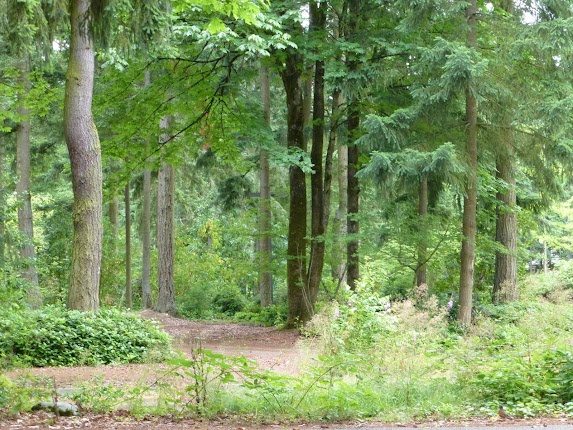 I spent three and half days on campus meeting with various members in the developer division and working on some new ALM Ranger tooling and Ruck guidance and one and a half days at Tech Ready. My home on campus during this time was Bijan Javidi’s (Principal Architect, Visual Studio ALM Ranger Lead) office in Building 41, as he was at Tech Ready all week. 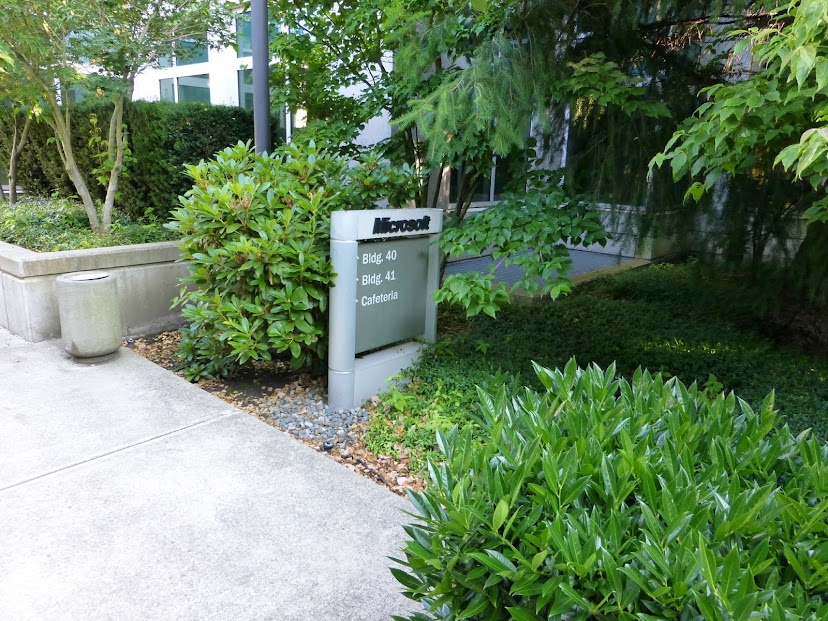 I don’t know what these plants are but they are odd as some parts grow from water and some from soil. 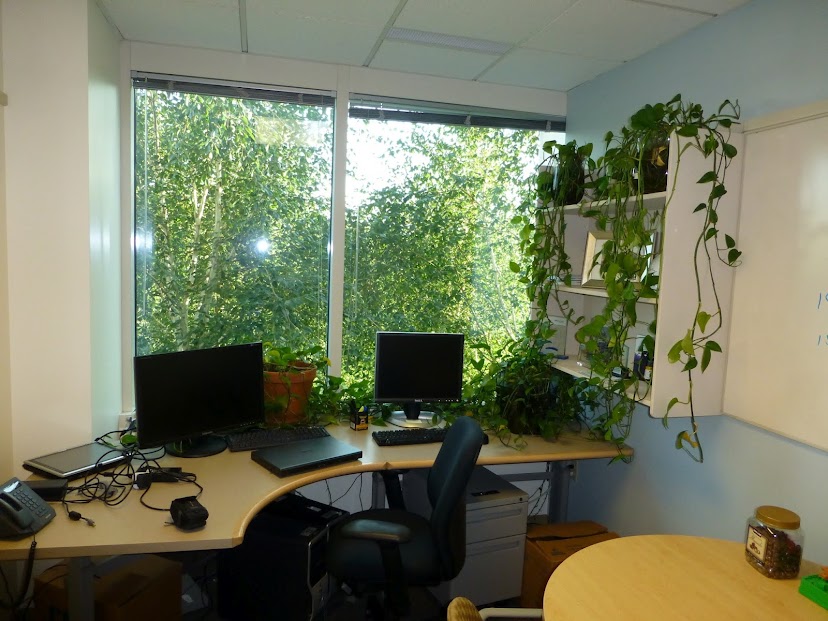 It was a great working environment and so much more productive than an open-plan office, though I was disturbed briefly one morning by @MrHinsh… who ate most of Bijan’s chocolates. 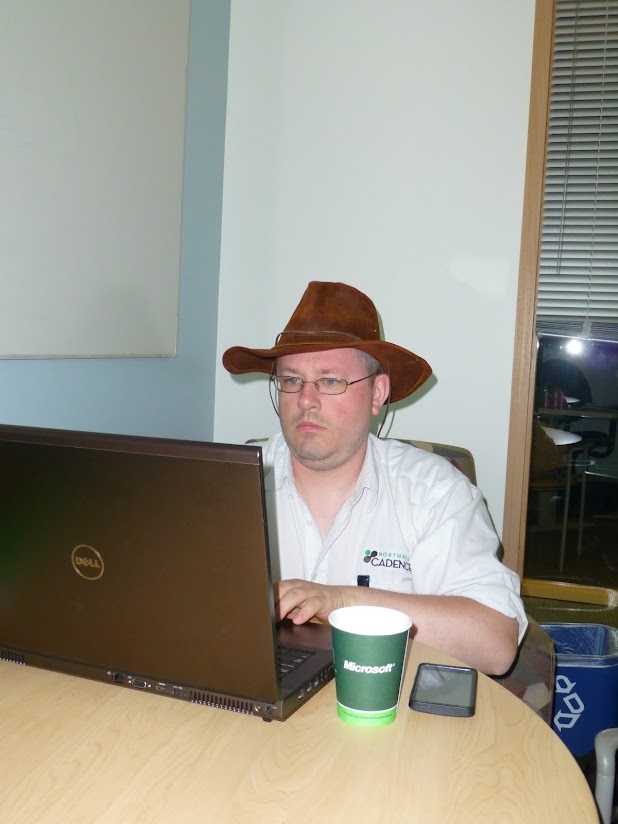 After an early start at campus on Monday morning I headed downtown to the Washington State Convention Center to meet Willy-Peter Schaub and other ALM Rangers for a combined session where we got to present a general showcase of all the Dev11 wave of projects we’ve spent the last year working on and which are now mostly shipping.

It was a fun session and great to finally meet many characters whom many of us had only spoken to via email or Lync meetings at odd hours of the day and night!

An interesting bit of feedback we got on the Rangers guidance is that with some guides running into the hundreds of pages, it is too much to consume. Additional feedback was that some of the guidance posters were too simplified. I think these messages were coming from different audience member types. The sheer size of some guidance projects is a well known issue to us and rest assured that we understand this and are taking steps to address the issues we have heard.

After a healthy bit of conversation there was one more important thing to do, and that was to get a beer and a bite to eat. Thankfully Christian Nielsen (lead for the Visual Studio Team Foundation Server Upgrade Guide) knew of a good place nearby, I forget the name, and recommended a lovely Copperhead Pale Ale. After dinner myself and Willy caught a bus back across to Redmond. Public transport in Seattle seems to work pretty well.

Tuesday I was back on campus and met with a few testers in the TFS and Windows teams to discuss improving the ALM Rangers tooling processes as well as spending time wrapping up the final prep for my two sessions at Tech Ready on Wednesday. After another long day it was great to relax over a meal with Willy who had spent another day in sessions at Tech Ready. 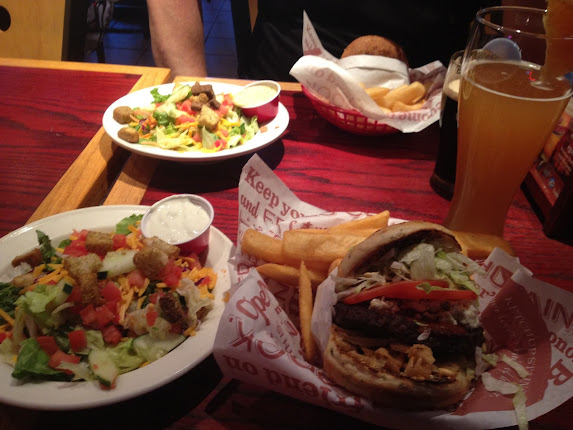 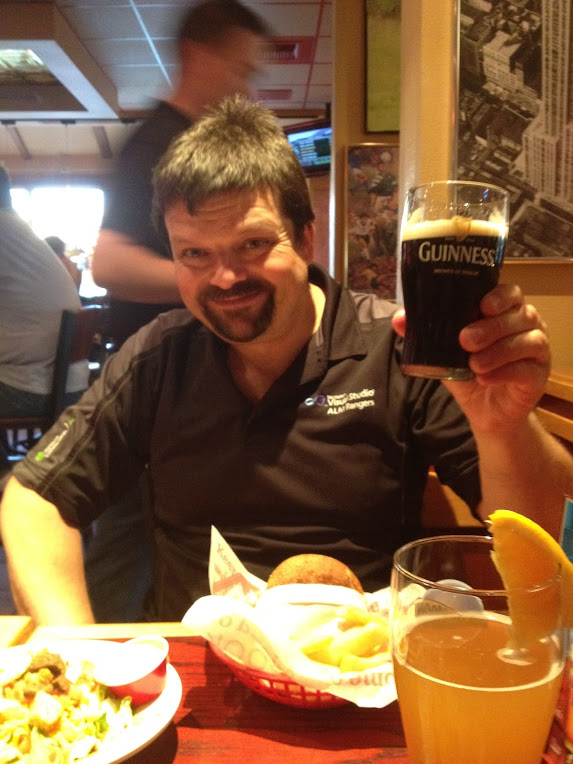 Hey it had blueberries in so how bad can it be!

In the first session of the day I presented the Visual Studio Coded UI Microsoft Word Add-in solution with Tapas Sahoo. We got some great feedback and ideas for future development.

After that I sat in on the Visual Studio Team Foundation Server Branching and Merging Guide session. After lunch (just a coffee as the pancake breakfast was still fuelling me) I presented the Team Foundation Build Customization Guide session with William Bartholomew (Bijan came along to support us). 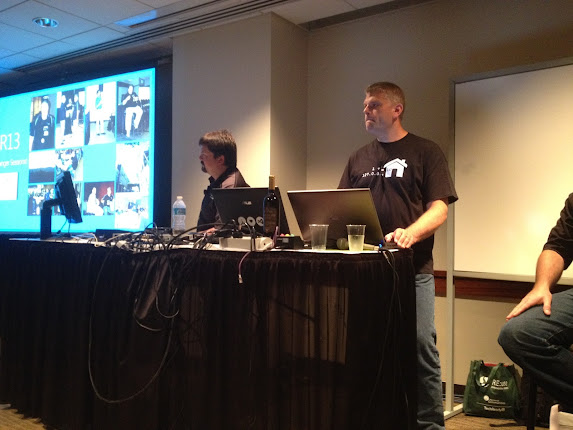 This session also had three programme managers (Ed Holloway, Greg Boer, Mario Rodriguez)  in for a mini-panel session, which was weighted towards the Team Foundation Service. As all of Tech Ready is NDA, I can’t go into any of the fun stuff raised in the Q&A sessions, but there are certainly exciting times ahead.

Overall it was an exciting and successful day, ended by a lovely dinner hosted at Martin Hinshelwood’s house.

Thursday I was back on campus working on the tooling and Ruck guidance and also met with Larry Guger to chat about Providing full ALM end to end labs and guidance that include bug resolution using IntelliTrace (vote it up if you want to influence the 2012 Ranger projects) and Bill Essary about some TFS futures and guidance for improving the ALM Rangers deliveries. I managed to pop out to lunch with Sayed Hashimi, and again chose the healthy option. 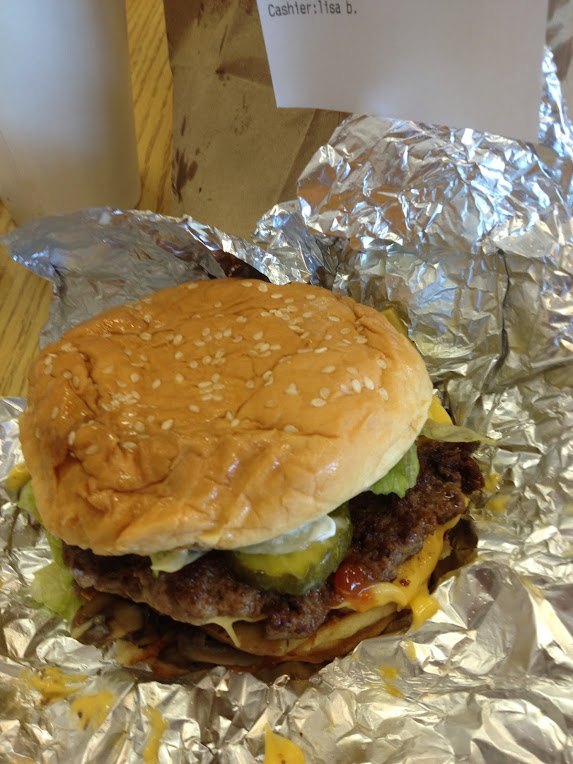 Hey it had gherkins!

Thursday evening myself, Martin and Willy decided to make the most of the Seattle sunshine and put on our own BBQ, which turned out to be somewhat of a MacGyver episode, but we managed to have a great evening talking a little shop and general world conquering ideas. 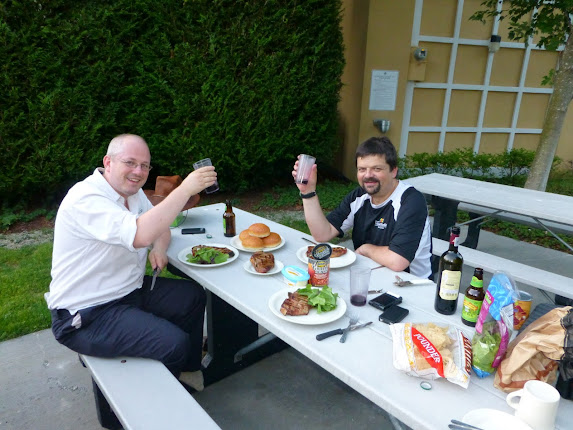 The steak in the middle was actually dessert.

. Christian, next time you see Willy you’ll have to ask him why there is a cork inside the bottle and a corkscrew sitting next to it. 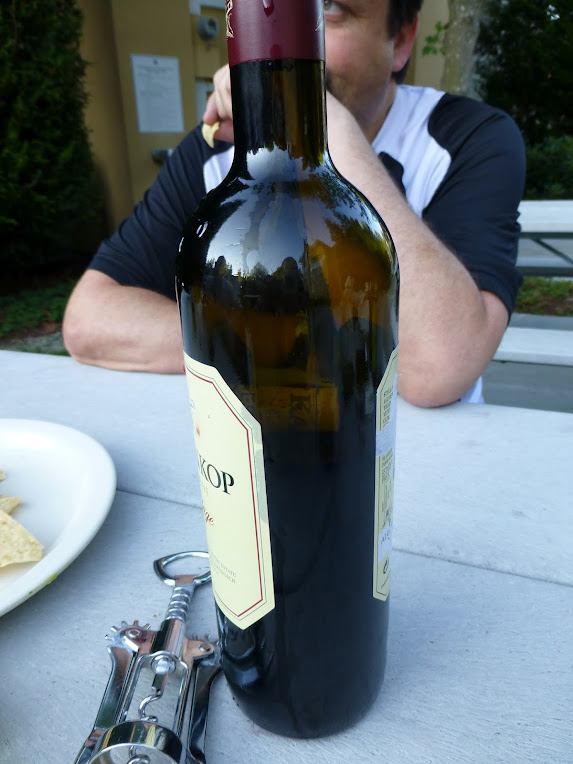 Time flies and on Friday, my last day on campus, I met with Ben Amodio to further discuss improvements to the Rangers deliveries and challenges Microsoft face in continuously delivering updates to the Team Foundation Service. I also met with Rob Mensching to talk about the installer space. This 30 minute session turned into 90 and it was great to see what is coming and discuss the current pains in the installer space and where the ALM Rangers may be able to help.

I was going to head downtown for some sightseeing and dinner with Sayed and some of his colleagues but the weather wasn’t great, I needed to finish a bunch of stuff and to be honest, I was shattered! so I skipped that and pressed on on campus.

Saturday I took a morning walk and then early afternoon headed to the airport to catch this flying lawnmower to Vancouver, a 32 minute flight, to catch my connection home. 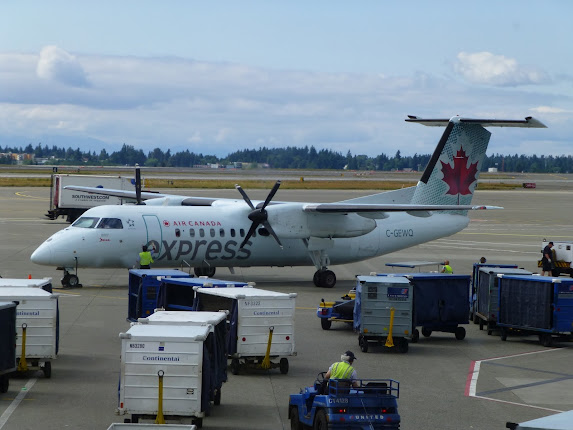 It was a lovely flight up the west coast at low altitude. It seems that if you want to make the most out of the area you probably need a boat and a decent fishing rod. 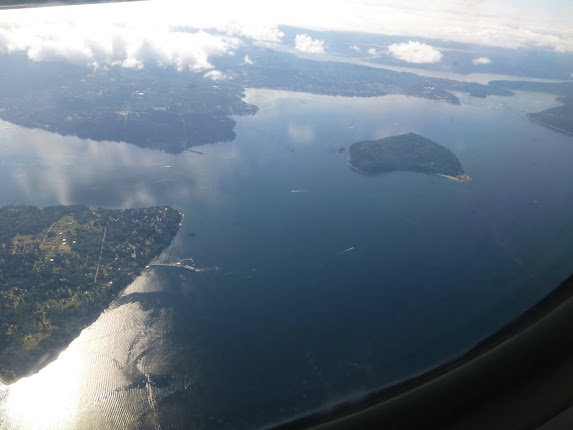 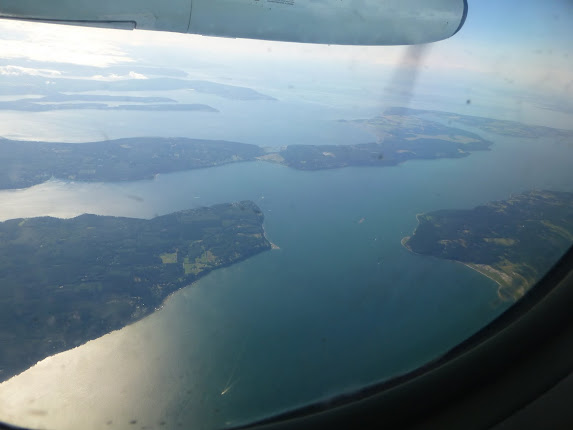 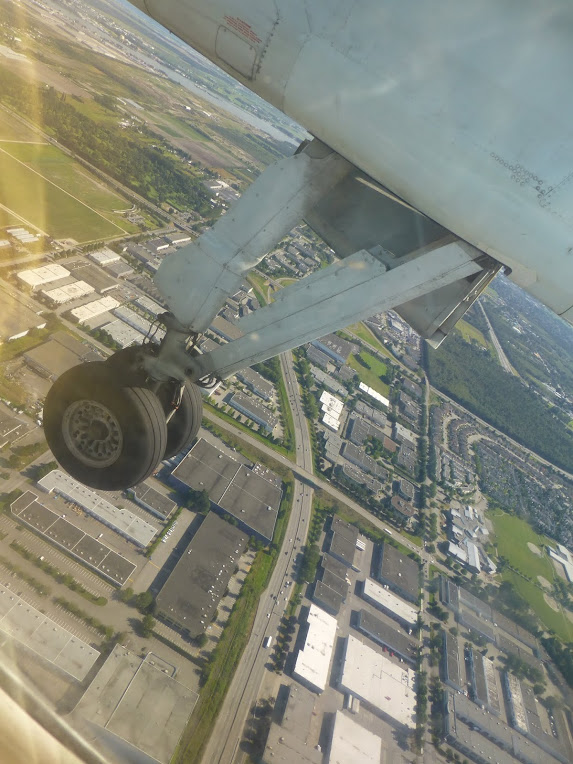 Given that I made my last connection with minutes to spare I was a bit worried as this time my connection time was even shorter, however thanks to a stroke of splendid luck, my flight home was delayed by four hours. The plane came in late from Hong Kong. 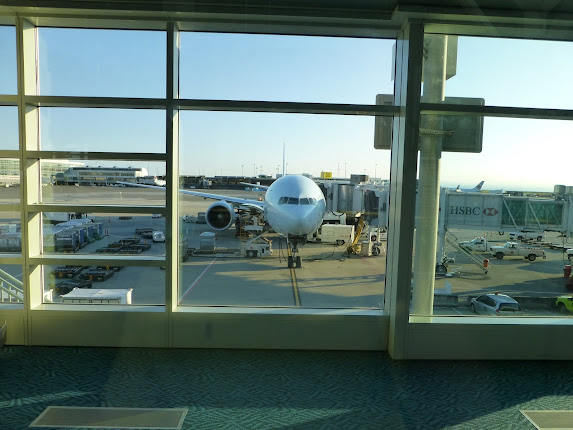 Vancouver has a lovely airport with free Wi-Fi, so the delay wasn’t too much of a problem and gave me time to continue with a bit of Rangers work. A 3am finish the night before ensured I slept pretty well on the plane and I was soon back in the UK experiencing a true welcome home… 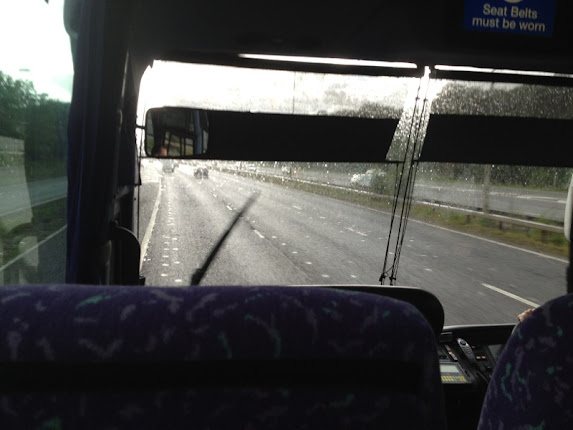 It was great week away and a special thanks to Willy, Bijan, Amy and Jeff Beehler for making it happen!

4 Replies to “A healthy and fun ALM Ranger Sabbatical”